Guinness Records 2022: At 7 feet and 0.7 inch, Rumeysa Gelgi is the world’s tallest woman

Turkey’s Rumeysa Gelgi has been named as the tallest lady living by the Guinness Book of World Records 2022. She remains at 215.16cm (7ft 0.7in). Curiously, Rumeysa was re-estimated for this present year after she was first granted the title for the tallest teen living (female) back in 2014, when she was matured 18, according to the recording site.

Purportedly, her tall height is because of a condition called Weaver disorder, an amazingly uncommon condition that causes sped-up development among different irregularities, including skeletal development.

Because of the condition, Rumeysa utilizes a wheelchair more often than not, however, can move for brief periods utilizing a walker. While she loosens up by swimming, she gets a kick out of the chance to go out for suppers with her family. Since the time her first title win, she has been utilizing the medium to make mindfulness about uncommon ailments like her own. 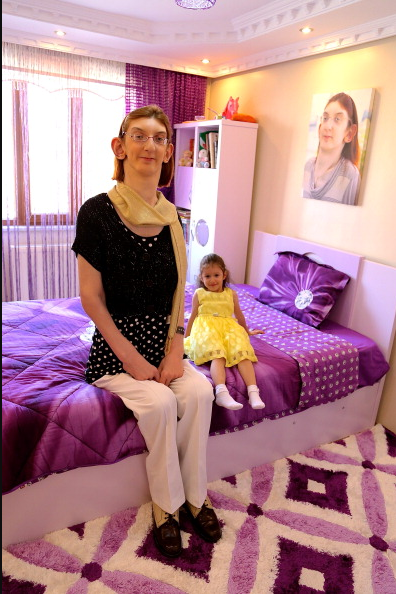 Agreeing rarediseases.org, the specific reason for Weaver Syndrome is obscure. “A few specialists think, on the grounds that there have been a few instances of somewhat influenced moms having children who are all the more seriously influenced, that Weaver Syndrome might be acquired as an autosomal prevailing quality with sex restricted articulation of side effects, or an X-connected passive attribute. Others believe that it very well might be an autosomal passive quality. Sometimes there are no indications of heredity in a family and the reason is obscure,” it peruses.

Also, Read:-Yankees Are Done. A Frustrating Season Ends in a Wild-Card Loss

“Treatment of Weaver Syndrome is suggestive and strong. An orthopedist can be counseled for the adjustment of foot deformations. Hereditary guiding might be good for patients and their families,” he added.

According to the Guinness site, is especially captivating that both the tallest lady and man champions are from Turkey – Rumeysa, and Sultan Kösen (251 cm; 8 ft 2.8 in) – an uncommon event in Guinness World Records history.